I've been blessed to serve in leadership roles for more than twenty years. When I started out, I looked up to, and sometimes laughed at, the 'older' leaders in my organization and how they behaved. (old at that time = 50 or older...which is now...me.)

I See You
I looked at them through two lenses.

The first was as an admirer...they had years of success under their belt, and wisdom and insight to share with me. I was a sponge, and wanted to learn as much as I possibly could.

The second however, was not so kind. I often considered them out of touch with contemporary strategies, unable to keep up with the rapid pace of change, and their incredibly frustrating risk-averse approach to just about everything.

Has Anything Changed?
Tough question to answer, right? There are still amazing leaders out there who continue to push themselves, and their organizations forward.

This is often done at significant risk to the bold leader!

There is also a seemingly endless supply of leaders who just aren't courageous enough to take a stand. Why is that still so prevalent?

I was listening to Laurie Ruettimann's new podcast Let's Fix Work where she interviewed Jason Lauritsen about his views on the workplace...

One of the most powerful moments in the show was when Jason said what most of us want to say...we just don't want to follow leaders who aren't worth following. 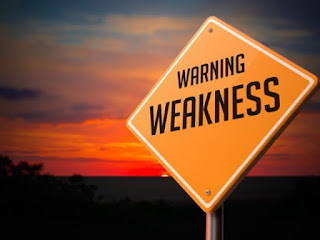 The challenge then, is for us to not be viewed as weak and ineffective, focused only on protecting our status as executives.

But rather, to be high impact leaders who connect with the entire team in meaningful ways, and have the courage to take risks, make bold decisions, and inspire those around us to stay with the organization and help it flourish.

How About You
What is the leadership culture in your organization? How are you reinforcing, or hopefully, disrupting that culture? What will it take for you to move one step forward towards a new reality?