Once you accept a leadership position you immediately have power. You may feel the same as you did ten minutes prior to saying yes to that job offer, but in reality your world, and the world of the employees around you just changed. Power often has a negative connotation and that is unfortunate. Having the power to change things that are going poorly, or the power to make a difference in some one's life are usually afterthoughts. That's a shame because power is good.

Power Train
Power can also be very seductive. Those who have it often find themselves suddenly becoming very popular. It's as if the one who holds power is the engine, and now a long train is forming behind them as others hitch themselves on to that locomotive powerhouse. 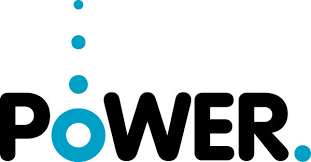 I wonder if their intentions are sincere?

Do the "hitchers" believe they will be protected from harm (read here --> have job security) if they are closely aligned with the one who holds so much power in the organization?

Perhaps...but nothing lasts forever. The reality is that often times their thinking is flawed, as I've seen many leaders suddenly lose their power base when the 'senior leader' they were so focused on was suddenly no longer with the organization.

Good bye power base...hello having to answer for your behavior.
"When leaders focus too heavily on one member of the team vs. building relationships with every member of the team, they risk losing not only their reputation, but their position too."


Missing the Point About Power
Where does power emanate from? Is it really about a fancy title or a new level of signature authority? Are we really so limited as human beings that the mere chance to have a slightly increased level of control over others make us salivate and jettison all common sense from our daily life? In a perfect workplace there would probably be a balance between giving power to those who are doing the work, while ensuring that key decisions actually get made to keep the organization moving forward. Is that so difficult?

How About You
Do you approach power with wide eyes and visions of being fed grapes on a velvet couch? Or, do you see it as a huge responsibility that has to be properly shared in order to achieve world class results?