You Can Go For It Too!

"I knew things needed to change. I just didn't feel like I was staying as current as I used to do so effortlessly. It felt like my job had changed, the industry had changed...and somehow I was suddenly stuck in place."

Realization
I remember when I realized I was on the precipice of becoming irrelevant in my work. Oddly enough, it happened when I was settling in to one of the most important roles of my career. I had just accepted a VP of HR position and could not have been more excited.

All those years of hard work and sacrifice had come together. The people I was going to be working with were terrific, and as I would find out later, were willing to try very new ideas.

But first...I came to a chilling realization.

"If I kept the same mindset...the same approach...and the same attitude about HR leadership...I would no longer deserve to be in my job."

Talk about a buzz kill! I felt like I was moving from hero to zero in no time. Something had to change, and I knew what...or rather who...had to change.

Commitment
Sadly, role models for my transformation could not occur in the healthcare human resources space. There simply weren't any leaders taking risks or doing innovative work (that they shared!) particularly when it came to employer brand, recruitment, or candidly, getting results. 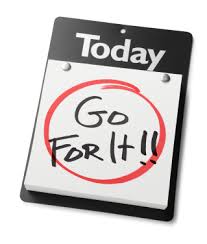 Until it wasn't scary, or hard or difficult. Why? Because actually working in 2016 vs holding on tight to your 1992 mindset changes everything.

How About You
Maybe it's time you took a hard look at what you are actually required to deliver in your work. I had to do it.

It turns our that the human resources department is not the core business of any organization. We are the jet fuel that helps each company deliver world class results in an ultra competitive world.

Are you ready to go for it? I'm here to help.