I Can't See Any Transparent Leaders

Ah, transparency. An already old and tired buzzword that has fallen out of favor. It's so 3rd quarter of 2012! Who uses that term anymore? Some companies I'm aware of still embrace transparency as part of their honor, integrity, and yes...use it as a buzzword to justify fees and other expenses. These costs are okay because we didn't try to hide them! We're transparent!

Buzzwords Start For A Reason
I look at catch phrases or terms, like transparency, from a different perspective. The reason this term suddenly became so popular (IMHO) is that the chaos of the recession forced companies to scramble and appear as if they were (no longer) hiding anything from customers. Their emphasis on this theme and subsequent actions to convince their clients, investors and employees that they were in fact being open and honest, helped turn this terrific word into somewhat of a joke.

Forget the Buzz...Make It Part of Your Leadership DNA

In leadership, the term applies to many areas ranging from how much information is shared with your employees, to how you behave with your colleagues.

I happen to love this term, not because it suddenly was the trendy thing to say (for about 30 minutes); but because of what it represents when you peel away the negative spin.

Be open. Be honest. Share what you can as soon as possible. Involve your team toward reaching a goal, or target, or mandate, or change, or whatever it is that needs to happen.

How About You
What buzzword bandwagon have you jumped on lately? Are you worried about staying current with the industry lingo; or, have you decided that you're going to use words that matter. Doing something that matters, to me, is far more important than sounding like you know some sort of special way to create synergy in your organization anyway.

photo credit
Posted by Jay Kuhns, SPHR at 6:56 AM 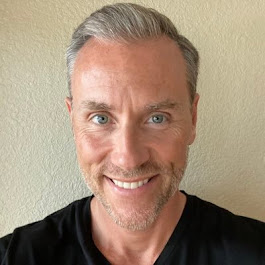